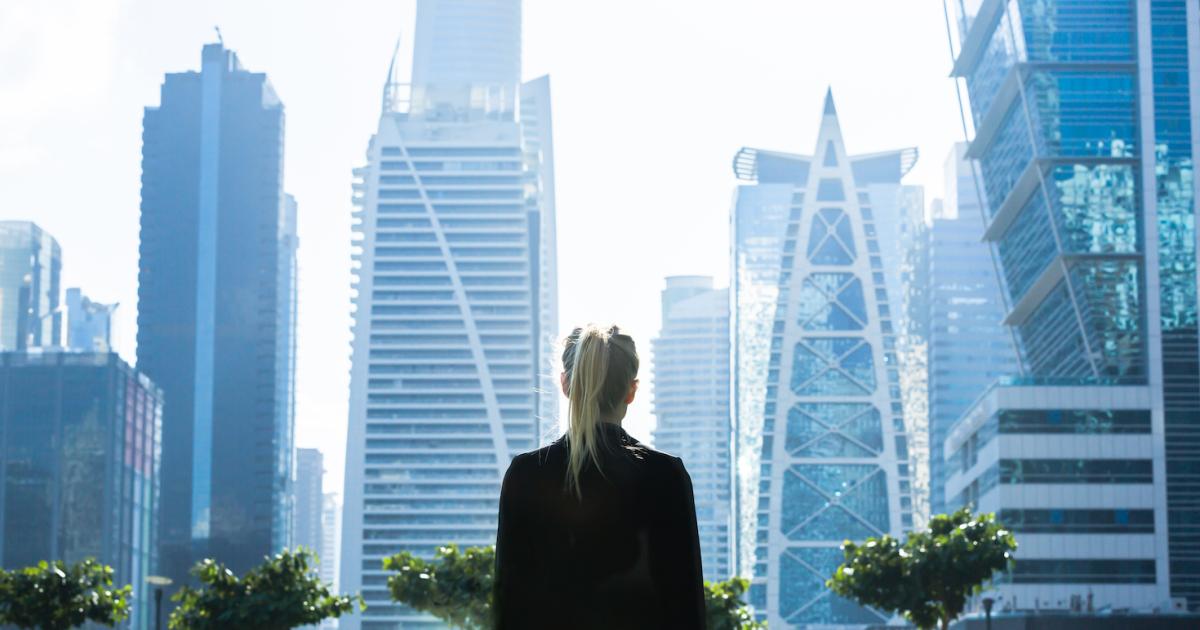 In 2017 as I set out to graduate business school and contemplated my next career move, I felt excited to channel my energy towards climate change. Moreover, I felt resolute that I should become a change agent inside a large for-profit corporation where transforming commercial operations could have a scalable impact.

So I joined a large global CPG company to lead sustainable packaging, tasked with the honor of developing the company’s global 2025 sustainability packaging strategy. My position had not existed previously, so it was up to me to define the role and convince the company it was a worthwhile headcount to keep. I sat on the sustainability team with peers working on developing corporate goals in renewable energy, carbon, agriculture and water. I took a data-driven approach to first understanding the carbon cost of existing packaging operations and then seeking to find new solutions that were a win for the planet and a win for the business.

It took months to understand the existing operations. At such a large company there were so many teams to talk with just to get a lay of the land. Ultimately, the 2025 goals that my team and I recommended were centered around recyclable content and reusable packaging. We built countless presentations trying to show a short-term return on investment and the path to goal achievement. Even though we were empowered to launch our sustainability goals, we faced resistance trying to convince the procurement team to source materials differently from how they had for the past decade. The resistance made sense given that compensation and incentives differed throughout the company as they were pegged to different targets. We realized that we needed to align incentives and worked tirelessly to do so. We made headway but, still, it became clear to me that while a large company does have the potential for scalable impact, change is slow-moving even when incentives are aligned. At a large company, there are just simply a lot of people that need to sign off on any initiative.

I decided to try on a new hat, switch jobs and become a change agent inside a newer venture. Surely it would be easier to ignite change, albeit in smaller proportions, within a company with less employees that didn’t rely on long-lived profitable practices.

As I started in this new role, it became evident there were plenty of actions to take that benefited both the environment and the corporation. However, I faced a new sort of resistance. Rather than the discomfort of changing habits, I faced pushback centered around a fear of diminishing profitability. But I knew from experience it was easier to build in sustainability from the beginning. Somedays it felt like an uphill battle trying to convince the teams around me that profitability and impact need not be mutually exclusive. Some workdays I felt like I was climbing Mount Kilimanjaro without the appropriate equipment to make it to the top.

Changing long-lived profitable practices and mindsets is an arduous task. I learned that climate action urgency varies greatly at the individual and corporate level. Both these companies are on a fantastic path to improving environmental stewardship through corporate action. But I felt like so much of my energy and passion was being wasted on the argument, instead of focusing on the actions.

I spent less time convincing management as I was the management.

I had always fancied myself an intrapreneur, building new ideas inside of existing companies. But as I wondered how much faster I could make an impact if I was spending my energy on action rather than convincing, I started shifting towards entrepreneurship.

So In 2021 I made another switch. My business partner and I built a plant-based food company, Otherworld. We both felt that the food system was a large part of the climate crisis but could be, and needed to be, part of the climate solution. At Otherworld, we create plant-based products with sustainability built in from the beginning and through every step. We’re measuring our carbon emissions with the goal of carbon neutrality, sourcing locally, tackling food waste by using upcycled ingredients across our products, using recyclable packaging made from recycled material and championing social justice through our hiring strategy and partnerships.

Now, as the decision-maker, I’m finding it is incredibly seamless to implement these choices. I spent less time convincing management as I was the management.

I am not suggesting it’s easy to start a company or that all companies are worth starting. It’s entirely possible that the best way for you to maximize your impact is to become a change agent within a company. In fact, it’s of utmost importance to note that environmental and social impact can and should be part of any role. You don’t need to be on the sustainability team or have sustainability in your title to drive a company towards positive environmental change.

But if you find yourself thinking that your energy and passion isn’t channeled correctly or leading to the intended outcome it might be worth contemplating, “What would happen if you became the ultimate decision maker?”