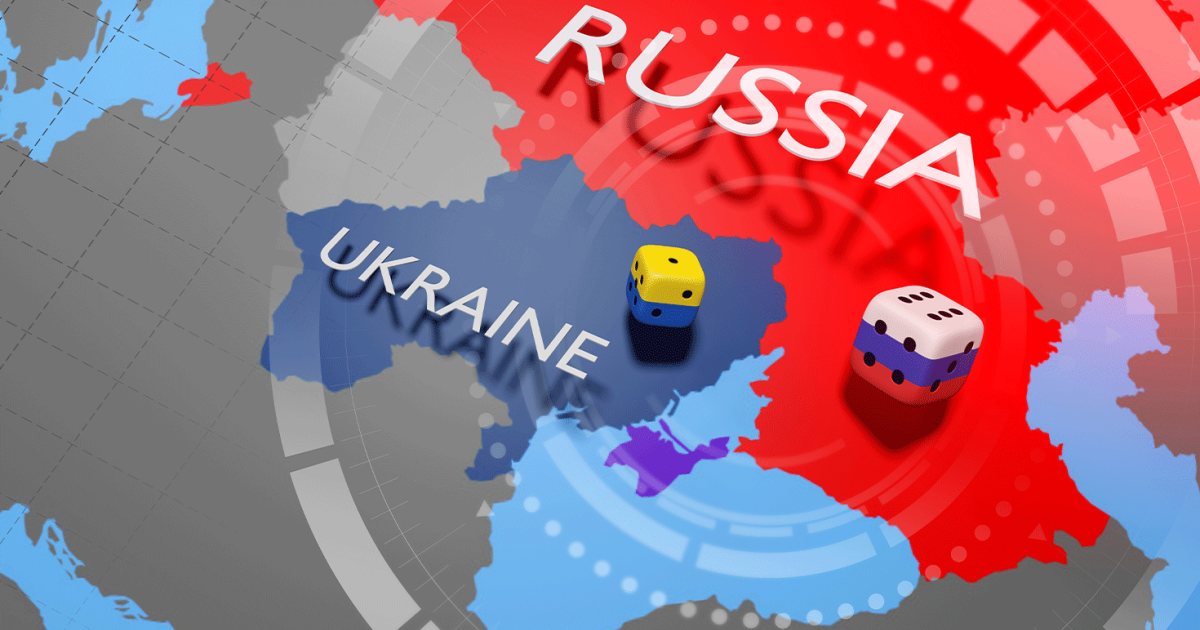 This article was originally published on Yale Environment 360. Read it here.

Russian president Vladimir Putin’s invasion of Ukraine is sparking a wide-ranging revamping of energy policy in Europe with a bold new objective: to wean the continent off Russian gas — as rapidly and comprehensively as possible — and accelerate Europe’s green energy transition.

In late-night sessions, Europe’s leaders have been drafting a spectrum of crisis strategies not only to pivot to other natural gas suppliers — as the United States, which imports much less gas and oil from Russia than Europe, has vowed to do — but also to switch from gas to electricity where possible, and to scale back gas consumption across key sectors. The European Union says it plans to triple its renewable energy capacity by 2030. Some critics even advocate that Germany suspend its plan to shut down its three remaining nuclear reactors by the end of this year — an unthinkable prospect before the invasion of Ukraine.

Last week, the European Union announced a new energy plan that will, according to a leaked draft, “scale up renewable energy in Europe by mobilizing additional investments, removing roadblocks to renewables roll-out and empowering consumers to play an active role in the energy market.” The strategy, which aims to cut EU dependency on Russian gas by two-thirds this year and completely end reliance on Russian gas supplies “well before 2030,” includes fast-tracked deployment of solar energy and renewable hydrogen, the quick implementation of far-reaching energy-efficiency measures, and the production of 35 billion cubic meters of biogas per year by 2030. European citizens will be called upon too: They are being asked to turn down thermostats by 1 degree C, which could shave about 7 percent off Europe’s gas consumption.

Today climate policy and energy security policy are one. It’s a huge chance for Europe to finally make good on its climate goals.

Sascha Müller-Kraenner, a German energy expert and author of the book “Energy Security,” said in an interview, “This is a whole new ball game now. Europe can’t be in exactly the same position it is right now [heavily reliant on Russian gas] at the start of next winter. Today climate policy and energy security policy are one. It’s a huge chance for Europe to finally make good on its climate goals.”

Still, experts warn there are prodigious challenges in rapidly accelerating the green energy transition and finding timely alternatives to Russian natural gas, which Europe relies upon for 40 percent of its gas needs, largely for heating and certain industrial processes. Russia also supplies roughly 35 percent of Europe’s crude oil and upward of 40 percent of its coal.

Even though the EU had planned to reduce natural gas consumption more than 25 percent by 2030, gas was expected to comprise a significant share of Europe’s energy mix for at least the next decade — and in Germany much longer. European leaders have been counting on natural gas as a cornerstone of Europe’s clean energy transition, an interim energy bridging the span from dirtier fossil fuels, such as coal and oil, to renewables. And while Germany is Russia’s largest customer — half of Germany’s natural gas flows from the East — other countries, such as Finland and Latvia, depend on Russia for nearly 100 percent of their gas.

For such nations, the road ahead will likely be slow. Not only are Central and Eastern European states more dependent on Russian gas, but their transition to renewable sources of energy is proceeding far more slowly than nations such as Germany, Britain and Denmark. Switching from gas to electric heating, and the rollout of renewable energies, takes time, and has proven more cumbersome and complex than many European leaders had anticipated.

Germany, which had long banked on Russian gas as a linchpin of its own energy security, is forging the way in a determined drive to establish energy independence from Russia. Just days after Russia breached Ukraine’s borders, Germany took its first concrete steps to kick its chronic addiction to Russian gas and declared the immediate ramping up of its climate targets. With an extra $218 billion to expedite the new agenda, its goal is a 100 percent renewable power supply by 2035, rather than 2050. Subsidies for rooftop solar installations are to increase, benefiting millions of homeowners, and German regulators will auction off more wind power concessions.

Off the table permanently is Nord Stream 2, the controversial Russian gas pipeline that would have doubled Russia’s delivery capacity to Germany. Germany’s Ministry of Economic Affairs and Climate Action, headed by Green Party leader Robert Habeck, has allocated an additional $1.63 billion for the purchase of liquid natural gas from Australia, Qatar and the United States.

“Until now, there hasn’t been the political will in Europe to explicitly make clean energy sovereignty a goal,” explains Matthias Buck of the German think tank Agora Energiewende, who expects the EU to increase the speed of its renewables rollout threefold. “Now the logic is different and everyone is on board. The technology, particularly wind and solar energy, is already there and cheaper than fossil fuels. We now have to finally roll it out on a large scale.”

European leaders see the purchase of Russian gas — previously viewed as a constructive bond between East and West — as fueling the Russian war machine and weakening the continent’s geostrategic leverage. In just a matter of days, Europe has found itself staring a stark new reality in the face: Russia could, at any moment, cut off gas deliveries to the continent, paralyzing industry and causing millions of citizens to go cold. An abrupt cutoff of Russian gas would force Europe’s most dependent countries — including Germany, Austria and Italy — to undergo strict and painful rationing regimes.

An abrupt cutoff of Russian gas would force Europe’s most dependent countries to undergo strict and painful rationing regimes.

Were the West, for example, to fully suspend Russia’s access to international payment systems, it would be virtually impossible to compensate Russia for gas delivery, which would trigger its cessation. This is why the U.S. and Europe have thus far resisted halting the SWIFT electronic payment system for energy — meaning that even as war rages, Russian gas continues to flow.

Jonathan Stern, a distinguished research fellow at the Oxford Institute for Energy Studies Gas Program, said that, try as they may, European countries dependent on Russian gas will not be able to stockpile enough gas in storage facilities to hold out over next winter. That’s chiefly because big natural gas suppliers such as Norway, Qatar and others already export about as much gas as they can produce. “There’s no more natural gas to be had — it’s that simple,” Stern said in an interview. He said he did not expect either the Russians or the EU to terminate gas contracts anytime soon because of the financial penalties that cessation would impose.

Despite calls by some in Germany for a short-term prolongation of coal and nuclear power, Müller-Kraenner and others contend that these sources’ environmental drawbacks argue for turbocharging Europe’s low-carbon, smart-energy transition as the key to attaining energy independence. Habeck said recently that “coal and nuclear are not alternatives for Germany.”

“There’s every indication that we can reconfigure Germany’s energy supply and use it in such a way that we will be in a much better, much stronger position vis-a-vis Russia than we are right now,” says R. Andreas Kraemer, founder of the Berlin-based think tank Ecologic Institute. “We can meet ambitious climate goals as well as strengthen national security. Germany’s new government has already ratcheted up the clean-energy transition, and now it is ratcheting it up further.”

How will Germany, and indeed all of gas-dependent Europe, accelerate this switch?

Firstly, says Kraemer, Europe has to use gas in a new way: much more sparingly, efficiently and only in priority sectors. “Russian gas is gas of last resort,” he says. “It should be used only where there is no alternative or where it produces the highest value,” such as for heating homes in cold spells and in essential industries. Should push come to shove, and all Russian gas be terminated, the gas-intensive chemicals and plastics sectors might simply be forced to shut down for a time — a temporary blow to the German economy, but not a catastrophe, says Kraemer. One proposal soon expected from Habeck’s ministry: financial incentives for industrial operators to withhold production at times of high energy demand.

Indeed, energy efficiency and demand management are top priorities rather than the afterthoughts they had previously been in European planning. Despite lip service, energy-efficient building renovation has dragged in the EU and faces a yawning investment gap. In 2020, the European Commission estimated that around $300 billion in additional investments a year were needed to renovate just 2 percent of the EU’s building stock annually. At that rate, it would take dozens of years to make EU buildings energy efficient, and in Central Europe, where renovation rates are lowest, even longer.

“The first thing that has to happen is that the EU gets serious about the targets it has,” says Heike Brugger, an expert at Fraunhofer Institute for Systems and Innovation Research. That will entail more low-interest loans and financial incentives for energy-efficient renovations, as well as carefully evaluating current incentives, which still support investments in gas infrastructure. According to EU calculations, if the bloc were to implement current energy efficiency and renovation legislation, it would deliver 17 billion cubic meters of gas savings by 2025, about 10 percent of Russia’s annual export volume to the EU.

We have to electrify all current uses of gas wherever and as soon as we can.

Experts also say that electricity has to take over from natural gas in sectors where just weeks ago gas seemed a secure long-term bet. “We have to electrify all current uses of gas wherever and as soon as we can,” says Kraemer, including replacing many gas-fired heating systems with electric heat pumps. Until now, says Kraemer, new gas heating systems have been promoted in Germany, in contrast to Denmark, where legislation has has banned all new gas connections since 2013. Although such a ban probably will happen everywhere in Europe, says Kraemer, it will take years for Europe’s heating systems to entirely wean off natural gas.

Buck of Agora Energiewende says cutting back on natural gas consumption will hit many industrial sectors, such as steel and concrete, hard because they require high temperatures for industrial processes. But, he notes, they use 40 percent of their gas for lower-temperature processes. Electric heat pumps could take over a fair share of this kind of heat generation, says Buck.

Until now, Buck and others contend, clean energy expansion has been a second-level priority, easily derailed by other considerations. Local residents, conservationists and far-right groups are increasingly blocking wind farms in many parts of Germany. But if the government gives renewable energy priority status — on a par with security — that would ease the permitting processes, says Buck.

He and others also argue that it’s time to fast-track legislation across Europe mandating solar panels on all new housing. Furthermore, advocates contend that state decrees should make public buildings, industrial spaces, farmland and defunct open-pit coal mines open for solar installations. And the EU can adopt more comprehensive policies to reform the electricity system so that all kinds of battery storage, from units in homeowners’ garages to industrial battery arrays, are fully integrated into the grid.

“Switching from Russian gas is possible, but make no mistake, it’s going to be expensive, especially if companies want to terminate their existing long-term contracts,” says Stern, of the Oxford Institute for Energy Studies. “In the past, there have been more than enough nice pledges, but nobody’s been prepared to pay for substantial switching away from Russian gas.”