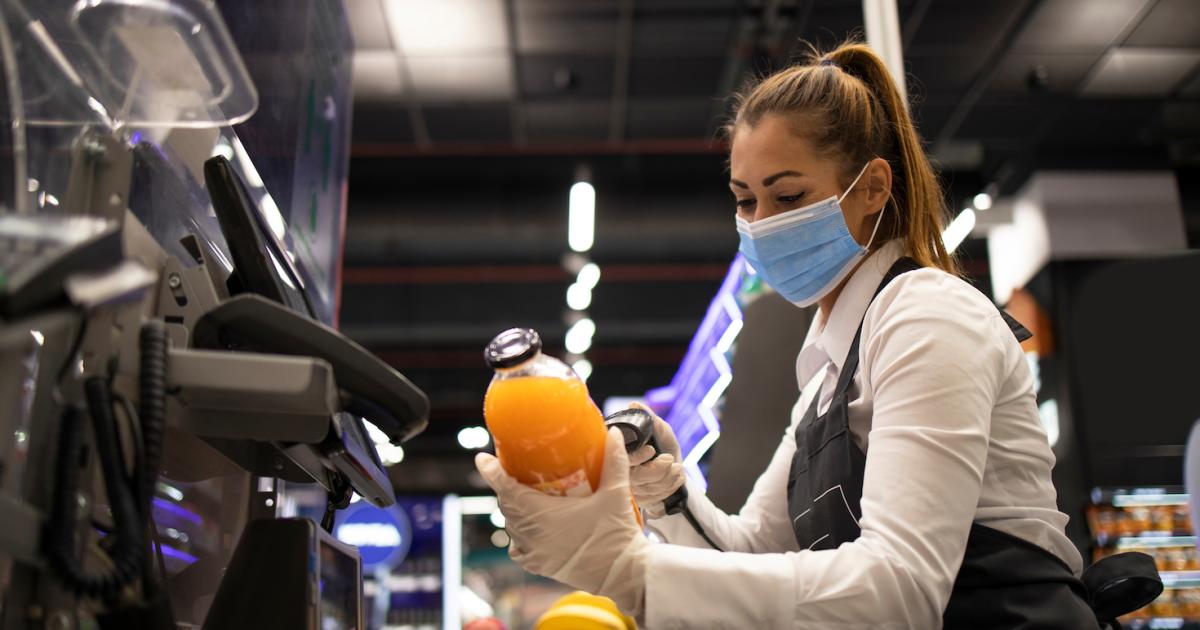 Over the past months, my GreenBiz colleagues have repeatedly reported on a heating sustainability job market and the steps companies can take to attract and retain top ESG talent. I’m obviously part of the corporate social responsibility fan club and celebrate those wins. But I find this praise of the Great Resignation’s benefits too narrow when mixed into this flurry of positive headlines about empowered staff are many about appalling conditions lower-income workers face.

On the one hand, companies outcompete each other over the best people to run their sustainability programs by offering them better working conditions and the chance to implement progressive climate and DEI commitments. On the other, they fight their “blue-collar” workers over every penny and sick day.

How does that fit together? And will the groomed and growing sustainability squads eventually lift up less privileged workers?

So far — at least when taking the food and ag industry as a case study — it seems workers across farms, manufacturing plants, supermarkets and kitchens are left to fend for themselves. In many cases, they can’t even afford a roof over their heads, a meal on their plates or a sick leave to recover from a work-born injury. Nothing new here because this sector relies on a historical foundation of exploitation and racism.

Despite all the gloom and suffering that came with the global pandemic in 2020, a breakthrough moment for workers’ rights finally appeared within reach. The U.S. realized that food and agriculture workers are essential for a functioning society for seemingly the first time. We celebrated them as heroes of the pandemic.

But this bright moment was fleeting. A great revolution never materialized. 2021 came and went with the same old headlines of precarious working conditions, a divided Capitol Hill unable to pass meaningful legislation and CEOs getting yet another raise. While we white-collar folks passionately debate what “going back to normal” will look like and under what conditions we might feel comfortable in an office, the already nightmarish normal the rest of the world lives in just kept getting worse.

But perhaps our lack of empathy and action is precisely what workers needed to stand up for themselves. Lacking awareness about inhumane conditions isn’t the challenge anymore. The actual problem might be a middle-class too focused on securing its own status to consistently advocate for vulnerable groups, combined with our economy’s never-ending thirst for efficiency and profits that continues to trump concerns over people and the planet.

So workers have turned to striking, unionizing and walking away from the worst conditions.

Workers are taking charge of their own fate

In July, a now-famous message went up at a Burger King marquee in Lincoln, Nebraska: “WE ALL QUIT. SORRY FOR THE INCONVENIENCE.”

Rachael Flores, the store manager, resigned after ending up dehydrated in a hospital due to an air conditioner defect. Out of solidarity with their boss, frustration over the working conditions and impolite customers at the fast-food chain, her entire staff quit alongside Flores, shutting down the locale.

Thousands of other restaurant workers jumped on the Great Resignation bandwagon over the remainder of 2021. In November alone, almost 7 percent of restaurant and bar workers changed or quit jobs in search of slightly better pay and benefits offered by competitors or in other industries.

What will it take to change the disrespectful worker practices faced by our food sector?

Over in supermarket aisles, workers aren’t fairing much better. The Economic Roundtable recently published a study of over 10,000 Kroger workers in California, Washington and Colorado. It found that 14 percent of the country’s largest grocery chain employees experienced homelessness in the past year, 34 percent skipped or reduced meals because they couldn’t afford food and 14 percent relied on Snap assistance.

Meanwhile, Kroger counted with soaring demand and profits and granted CEO Rodney McMullen a 45 percent raise in 2020, upping his compensation to $20.6 million.

For months, unionized workers have been negotiating better pay, health care and benefits with Kroger. As negotiations stalled in early January, over 8,000 workers went on a 10-day strike in Colorado. It ended in a temporary agreement of which details weren’t disclosed.

Workers’ new assertiveness isn’t sparing companies with a healthier relationship between the executive and working ranks either. Starbucks is respected for granting its employees above-average conditions and compensation in the restaurant industry. Still, many of its younger baristas want to hold power over their jobs in their own hands, surround themselves with a solid community and have a more direct line to management. In December, the first two Starbucks stores voted to unionize in Buffalo, New York. Employees at more than 50 other stores across the country have since joined the unionization drive.

And some policy-makers are taking note, too. On Monday, the California State Assembly passed a new bill that — if approved by the Senate — would give half a million fast-food workers representation on a new industry council. They could influence statewide minimum standards on wages, working hours, training and working conditions through it.

New York’s wage board also recently approved reducing farmworkers’ overtime from 60 to 40 hours over the next 10 years, meaning that workers will start getting paid for more extra hours.

Where is the investor pressure?

All these examples speak to the power workers have to influence their conditions. But compared to dominating industry practices, they are small, tedious wins.

Yet they shouldn’t be wins at all. Earning a living wage, getting paid for overtime and having a functioning air conditioner in a sizzling restaurant kitchen should simply be the industry baseline. What does it say about a company’s ethics to be in a constant fight with some of its most vulnerable stakeholders? It’s certainly not what I picture when talking about CSR, ESG or DEI.

So what will it take to change these disrespectful practices? Our green finance analyst Grant Harrison offered a glimmer of hope last week. He observes young investors approaching their careers with an increasing level of scrutiny. Ivy League MBA graduates have stopped simply flocking to McKinsey without looking beyond its do-good branding to the firm’s actual client list filled with fossil-fuel companies. Instead, they take the lead in job interviews to ask potential employers hard questions about their climate impact.

Harrison’s next-gen investors might just be an essential part of the puzzle. Investor pressure has already made a dent in corporate climate commitments. Asking their portfolio companies as many questions about workers’ rights as they do about carbon accounting might finally get some board members to support their employees’ grassroots organizing efforts. Combined with the pressure growing sustainability teams can exert from the inside, this will hopefully mount up to more equally distributed benefits of the Great Resignation.