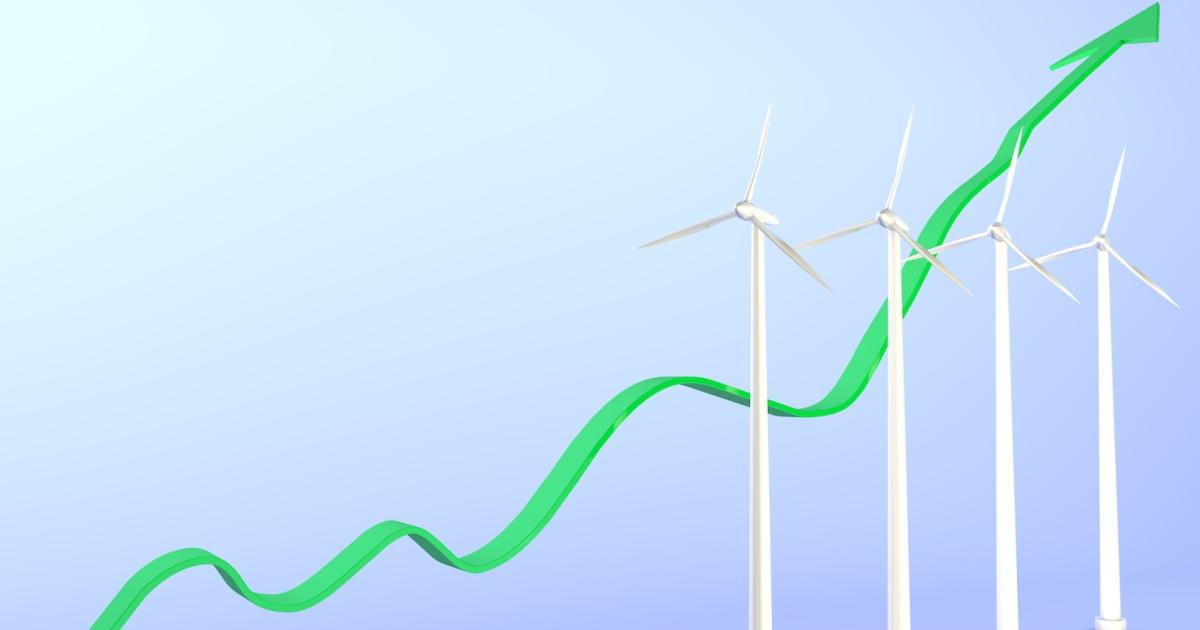 This story was originally published on Climate & Capital Media. Read it here.

A new report by McKinsey on the costs of transitioning the world to net zero carbon emissions by 2050 is making the rounds, brandishing a shocking top-line figure of $9.2 trillion per year. But if you dig into the report, you quickly see that this headline is disingenuous, creating an impression that it would be nearly impossible to raise the volume of capital required to solve the climate crisis.

In reality, according to the math, it will only cost a small fraction of this amount — roughly $1 trillion per year in additional spending. The folks at Carbon Tracker and I break down some issues with the report, and why investing in a clean, renewable future is a financial no-brainer.

1. The real cost of the energy transition is less than $1 trillion, not $3.5 trillion

Topline, the report puts the total cost of a net zero aligned global energy transition at $275 trillion over 30 years, $3.5 trillion more per year than we spend today. But deeper inside the report, we find that this is a misrepresentation. Business as usual would cost $250 trillion.

So based on McKinsey’s analysis, the real incremental cost is less than $1 trillion per year in additional investments. To be clear, this is before counting the rapidly rising costs of climate-related disasters (floods, fire, famine) and deaths.

2. The model assumes the continuity of our current fossil-fuel dependency and does not account for accelerating clean energy innovation.

The McKinsey analysis uses a model by Network for Greening the Financial System (NGFS), and like most Integrated Assessment Models, it assumes the continuity of our current fossil-fuel dependent energy system, despite a “Cambrian explosion” of innovation in the clean energy sector. In reality, rapidly falling costs of clean technologies combined with the existential threat of the climate crisis will drive further innovation and economies of scale. A recent model published by Oxford’s Institute of New Economic Thinking (INET) offers a more realistic approach to modeling anticipated disruptions in the energy system, finding savings from the clean energy transition in the range of $14 trillion–26 trillion.

3. Like other conventional models, McKinsey vastly underestimates the growth of solar and wind deployment.

Like a lot of mainstream energy modeling, this one is almost comical in its estimation of the pace of renewable energy adoption. For example, McKinsey and NGFS assume 20 PWh of solar in 2050. This is half the level forecasted by the leading (and quite conservative) energy research firm Rystad.

According to NGFS, the growth rate of solar would have to slow down from today’s level — from about 25 percent annual growth to around 10 percent in annual growth. This one modeling decision makes a huge difference. Low growth in solar means you would need more carbon capture and storage (CCS) to remove fossil fuel emissions, and this significantly raises the total transition price tag.

4. McKinsey vastly overestimates the costs of solar and wind deployment.

Despite the continued drop in renewable energy costs, McKinsey still seems to think that delivered electricity cost from renewables in 2050 will be 25 percent higher than it is today. Their justification for adding a huge premium on solar and wind is to account for higher grid integration costs, based on the assumption that there will be no innovation in the transmission or storage of intermittent renewables. This argument is old and has been largely debunked.

For example, it was recently determined that the U.S. electricity grid can handle as much as 80 percent renewables with almost no enhancements. Getting to 100 percent will require additional upgrades but these are already underway — high voltage lines, smart grid technologies, sophisticated utility storage systems, computer-optimized load balancing, wind and solar shedding, distributed urban solar arrays, and many other strategies make getting to 100 percent renewable power entirely feasible.

Given that renewable energy deployment of solar, wind, geothermal and green hydrogen is the world’s primary instrument of change in the transition to net zero emissions by mid-century, it certainly would be helpful if McKinsey disclosed how they have chosen to model the cost of deployment over time in their analysis.

It’s likely they are not incorporating any benefits of scale or policy incentives that will reduce future deployment costs, even though all evidence points to declining, not increasing, costs. Oxford’s INET paper projects a continuation in the trend of declining costs, as do other models: IRENA, BloombergNEF, ETC, APCAG.

5 years later, BloombergNEF found that 90% of new electricity generation from renewables was cheaper than from fossil fuels, and 710 GW of solar was deployed.

Even the IEA, which has historically been extremely conservative about the role of renewable energy, is jumping on the bandwagon in their new Net Zero by 2050 roadmap. When the Paris Agreement was signed in 2015, the IEA thought the cost of solar electricity in 2040 would still be higher than that of electricity from fossil fuels, and expected deployment of only a cumulative 360 GW of solar by 2020.

Just five years later, BloombergNEF found that 90 percent of new electricity generation from renewables was cheaper than from fossil fuels, and 710 GW of solar was deployed. Battery prices have fallen even faster, halving from 2015 to 2020 and sparking a fourfold increase in deployment. McKinsey should be transparent about how and why they are modeling renewable costs in light of these developments.

6. McKinsey seems to have forgotten about fossil fuel rents.

This is surprising given McKinsey’s expansive knowledge about extractive industries and expertise from decades advising the fossil fuel industry. Our current energy system involves paying a big surcharge in the form of “economic, or resource rents” and subsidies associated directly with fossil fuel production beyond operating expenses and capital expenditures (CAPEX).

Today, these “rents” amount to about $2 trillion per year. These costs are not captured if you only model CAPEX as McKinsey has done. Factoring in rents, we would effectively be spending $1 trillion on clean energy to save $2 trillion in fossil fuel rents. In terms of land costs, it’s also likely these will go up sharply in the coming decade. For example, in the U.S. there is a big push to eliminate the huge discounts currently provided for oil and gas leases (they’re still at 1980s levels). This would increase the costs of fossil fuel extraction, making the ROI for a renewable energy transition even more beneficial purely from an economic standpoint

7. The report is pessimistic, highlighting the downside of the transition away from fossil fuels.

The McKinsey report seems overly focused on the loss of revenues for countries that are heavily reliant upon the fossil fuel industry for their GDP. Indeed, a lot of governments (and investors) highly exposed to the fossil fuel industry will be big losers over the coming years. But they have a choice. Transitioning to renewables will provide a huge economic advantage to the countries that move the fastest.

These benefits will come in the form of a large net increase in long-term jobs, far less volatility in energy markets, fast and cheap energy access for rural areas that lack grid connectivity, fewer oil spills and contaminated water from fracking operations, fewer deaths from poor air quality, a safer and healthier climate with less risk of environmental disasters, and on and on. All things considered, countries have a lot more to gain than to lose, and many are waking up to the huge net benefits a renewable energy transition will deliver.

All things considered, countries have a lot more to gain than to lose, and many are waking up to the huge net benefits a renewable energy transition will deliver.

Kingsmill Bond, now at Rocky Mountain Institute, says it well: “There is now a new logic to the energy transition — the pursuit of gain. The shift of energy from scarce to abundant; from concentrated to distributed; from decreasing to increasing returns; from extraction by the lucky to manufacturing by the diligent; and from generating rents for a few to bringing prosperity for the many.”

A final point to make is that the model used as the basis for the McKinsey report does not deliver net zero by 2050:

It shows an 82 percent drop in actual CO2 emissions to roughly 7 GtCO2 per year in 2050 with 5 GtCO2 in carbon dioxide removal. In Glasgow, the Science-Based Targets Initiative released a long-awaited standard for net zero emissions on the heels of the IPCC’s Sixth Assessment Report, calling for a 90–95 percent reduction in actual CO2 emissions by 2050, with the balance of emissions “neutralized” through carbon dioxide removal.

The above NGFS model is plus-2 GtCO2 in 2050. It sounds like a small amount, but if we are to have at least a 50 percent chance of limiting global temperature rise to 1.5 C, there is almost no leeway. The other issue is how those negative emissions are achieved. The NGFS model achieves its carbon removal using the controversial technology called Bioenergy with Carbon Capture and Storage (BECCS). A lot has been published on the limits of this technology to scale.

At best, BECCS delivers carbon neutral energy, not carbon-negative energy. It would also require a huge amount of logging to reach anything like 5 GtCO2 per year, and those trees are needed for other services such as timber and pulp, not to mention their role in global carbon sequestration.

Why don’t we all start focusing on transition models that honestly seek to solve the problem of the climate crisis?

As it turns out, shifting more quickly to 100 percent renewable energy will be a cheaper and more efficient way to get to actual net zero emissions by 2050, accompanied by carbon removal from reforestation and ecosystem restoration. One Earth has supported the work of a team of engineers and scientists who have estimated that a rapid, optimized energy transition will cost in the ballpark of about $1.5 trillion per year.

Why don’t we all start focusing on transition models that honestly seek to solve the problem of the climate crisis, rather than the problem of preserving profits for fossil fuel companies in a world that no longer wants the products they have on offer?