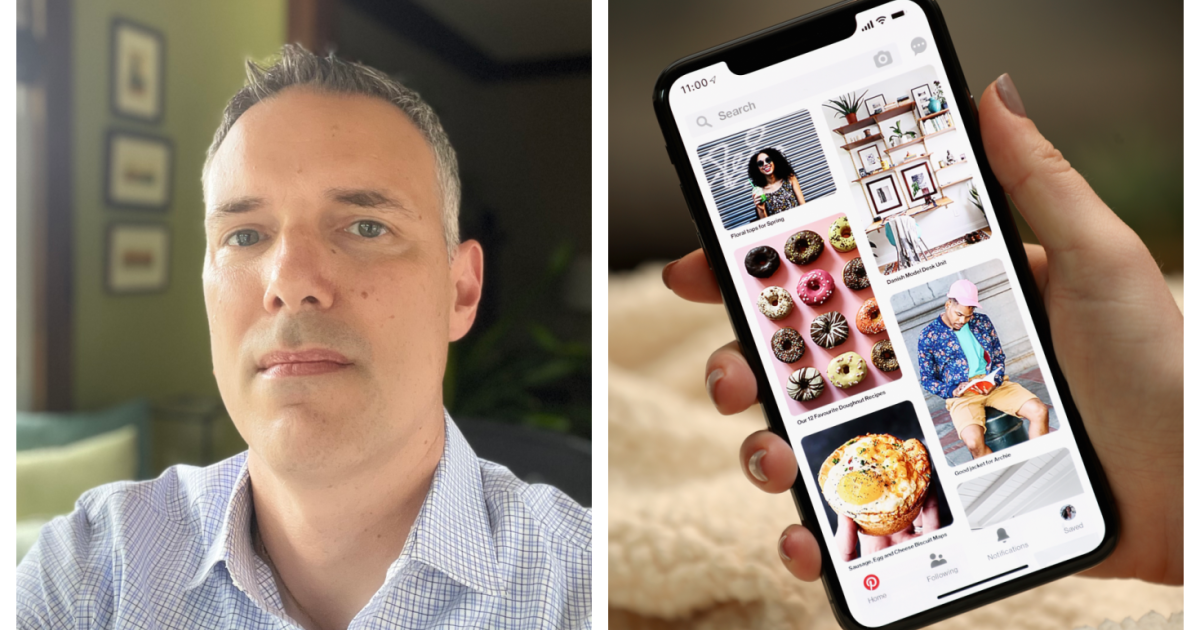 Part of a series produced by Drawdown Labs featuring people without “sustainability” in their job title who fold climate into their roles and embody the ways one can take climate action in the workplace.

Kevin Houldsworth, senior partner manager in advertising sales at Pinterest, was moved to take action on the climate crisis after seeing disappearing glaciers and catastrophic wildfires on his travels. He decided he couldn’t just “leave this mess for someone else to clean up.”

Houldsworth brought this drive to Pinterest and spent much of 2021 figuring out how his colleagues and company could act as changemakers. Understanding that Pinterest is fairly early on its sustainability journey, he knew that “the more employees could give voice to the issue and come together and get on the same page,” the more they could accelerate climate action at the company. His exploratory efforts eventually helped found PinPlanet, Pinterest’s employee-led climate group.

Houldsworth is proud of his part in helping build a community of thinkers and doers committed to using their unique roles and skills as Pinterest employees (or, “pinployees,” as they’re delightfully referred to) in service to addressing climate change. In only one year, PinPlanet has grown to almost 400 members across global teams (10 percent of their total about 3,800 pinployees!), launched three major work streams and become a key voice for climate across all corners of the company.

For employees looking to build their own climate initiatives, Houldsworth has a word of advice: The first step is to simply “find your allies.” There might even be someone in a position of leadership who can advocate for your cause and help bring grassroots action to attention at the top. “I think it’s best practice to start your community small,” Houldsworth noted, “because you can be nimble and really be pure in terms of your passion and what your approach is going to be.” He also suggested looking outside of your own organization and finding other collaborators who can reveal additional workplace climate tactics: “Putting a mirror up to your own company is also incredibly useful to better understand what you could, and should, be doing.” Houldsworth added that “it’s a dynamic space, and there’s so much to learn — just keep building out your Rolodex.”

Injecting climate into every part of the business

Houldsworth is familiar with climate change’s far-sweeping consequences. In his sales role, he works primarily with alcoholic beverage companies, an industry that is being hit hard due to climate-induced droughts and crop failures. Fundamental to PinPlanet’s strategy is ensuring every part of Pinterest’s business is viewed and realized through a climate lens. Houldsworth is adamant that employees need to help “evangelize the idea that climate isn’t the purview of just one person or team, or even industry,” but everyone should be thinking about how to bring the climate perspective to their work. “Climate evangelists” can shine light on how every part of the business is connected to climate risks and opportunities, making them not only visible to others but also tangible and relevant to specific teams and work streams.

Employees looking to take climate action in the workplace should assess what points of leverage they have at their disposal. By working within existing company initiatives, employees can “put their fingers on the scales” of current efforts and inject climate considerations into them. Every role, team and company has scopes within which they work, but Houldsworth urged people to think creatively, to really “push the boundaries of what you or your team thinks is possible.” Climate action is an opportunity not only to bring a bigger purpose to the workplace, but also to be innovative and create new ways of doing business — which will also likely get more traction with leadership.

Everyone is a changemaker

Houldsworth and PinPlanet show that when colleagues coalesce around a common mission whose implications extend beyond their own roles and teams, that mission can rapidly become a major interest of the entire business — it’s just a matter of bringing employee’s passions, stories and power to life.

One-on-one conversations with like-minded people, both within and outside Pinterest, bring Houldsworth joy in working beyond his sales job description. Like his own, he loves that everyone has a climate story — a unique narrative that motivates them to take action. These stories not only fuel Houldsworth, but they remind him that everyone has inherent power to create change based on their own experiences and knowledge. And Houldsworth is determined to “make this sense of agency contagious,” because ultimately employees recognizing and stepping into their power is what will maintain the momentum needed to address the climate crisis at scale.

2050 is a critical year for the climate crisis — it is the absolute latest year by which the world must reach net-zero emissions to stay below a warming increase of 1.5 degrees Celsius — the goal of the Paris Agreement. When asked to envision that year and how he views his role in getting there, Houldsworth emphasized the need for inspirational storytelling.

“There are so many upsides to reaching our global climate goals, because getting there means we have an equitable food system, efficient and clean energy, and so many more job opportunities,” he said. “As someone who works in sales, I know the power of selling a vision — and when we can see this new vision and future, we can take the tangible steps to usher it in.”