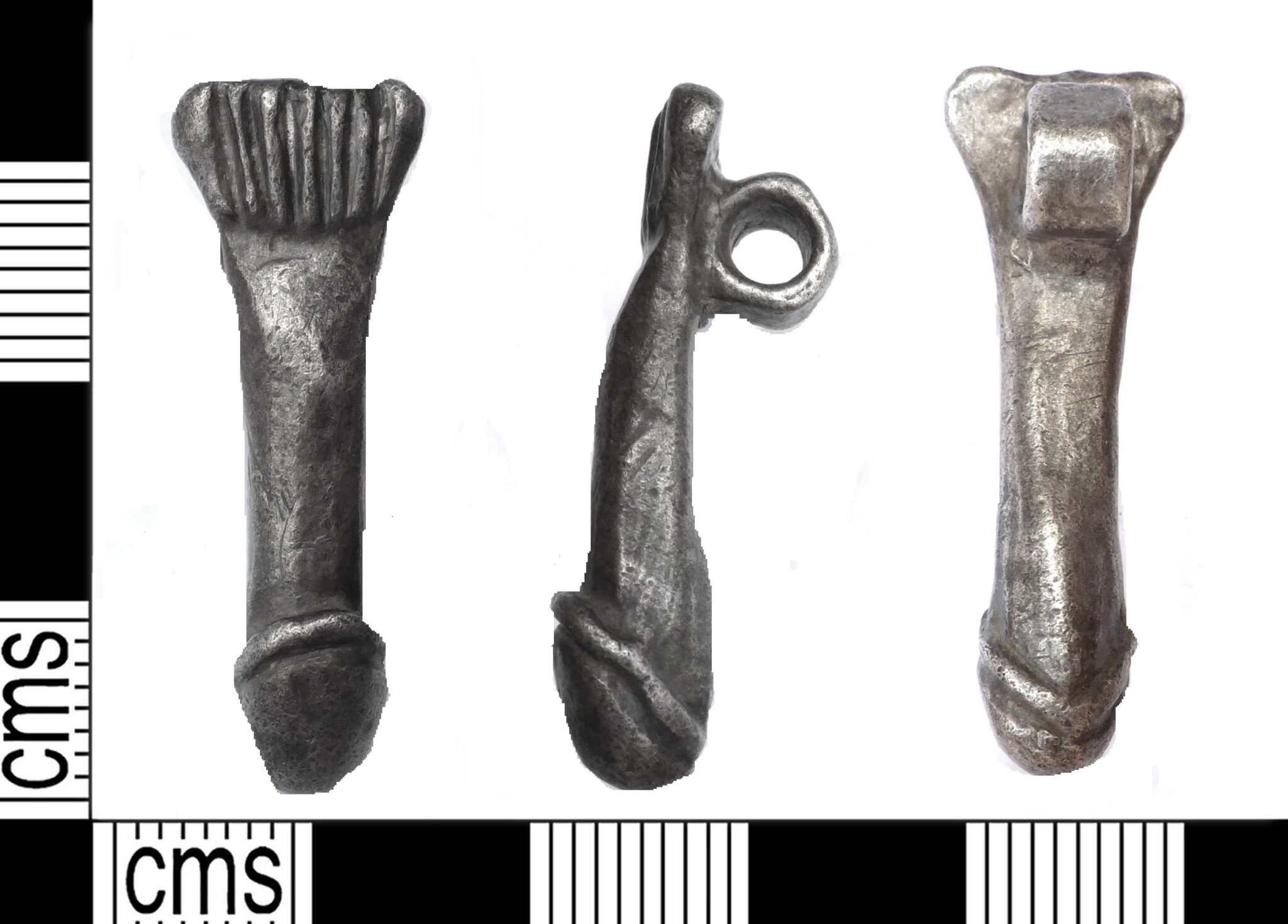 The Roman love for talismanic phalluses has erupted yet again, this time in the village of Higham, Kent. A complete silver phallus pendant of unusual design was discovered by metal detectorist Wendy Thompson on New Year’s Eve, 2020, and is has now been declared treasure. 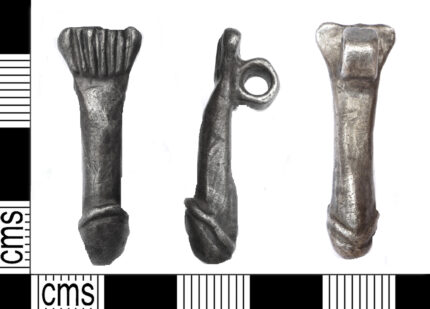 This is the only complete silver phallus pendant ever recorded by the Portable Antiquities Scheme. (A t-shaped silver object believed to be a phallus pendant was found in the River Tees, but features are either missing or too worn to confirm its identity.) Phallus pendants were worn as amulets to ward off the evil eye and were particularly popular accessories for children and soldiers. Most such pendants are copper-alloy, not precious metal. Most of them also have testicles. This one does not. It does has have triangular section at the top of the shaft with engraved ribbing presumably meant to convey pubic hair.

According to the description in the Portable Antiquities Scheme database entry for the silver pendant, the presence of pubic hair and absence of testicles might indicate this phallus may have had a very different connotation than the typical fascinus.

The main phallic object class with pubic hair is the Flaccid phallic pendants. It is therefore likely that this pendant is depicting a flaccid macrophallus, rather than an erect one, with the possibility that, rather than representing the ability to target and defeat the evil eye, a lack of control and an almost barbaric sexuality is suggested.

Its unique features were detailed at a Coroner’s inquest held last Thursday at County Hall in Maidstone to determine whether the phallus meets the criteria for classification as treasure. (It does, because it was made before 1721 and of more than 10% precious metal.) It seems like it made for a fun inquest.

Coroner Roger Hatch described the item, detailing its “foreskin, shaft and pubes”, before reading a short report from the British Museum.

The report said it was hard to narrow down an exact date for the pendant but believes the phallic nature of it “points to the Roman era”.

It added: “This is the first silver item of its class and is a significant national find”.

The pendant will now be assessed by a valuation committee to determine its fair market value. The object will then be offered to a local museum willing and able to raise the valuation sum, which will be split between the finder and the landowner.